Last week, it was announced that Stellantis CEO Carlos Tavares would be giving the keynote speech at the Consumer Electronics Show (CES) 2023 in January at the Venetian Palazzo Ballroom in Las Vegas. Among the highlights of his speech, will be the unveiling of not one, but two Stellantis battery-electric vehicle (BEV) concept vehicles.

One of those is the highly-anticipated Ram Revolution Concept: a preview of what the Ram brand has in store for its upcoming Ram 1500 BEV pickup.

Later that same day, Ram quietly released an unlisted YouTube link to those who signed up on the Ram Revolution website, to be in the know. The 1-minute, 4-second video gives us some minor hints from the Ram Design Studio in Auburn Hills, about the new concept truck in its clay form.

The video highlights many of the design talents we know and love from the Auburn Hills design studio, like Ralph Gilles (Head of Stellantis Design), Mark Trostle (Vice President of Ram and Mopar Design), Ryan Nagode (Chief Design – Ram Interior Studio), Lou Gasevski (Lead Design Manager for Ram), amongst others.

In the short video, we get some teasers of its design in clay form and even a couple of quick shots of what appear to be scaled-down models in the wind tunnel.

Now, for those who are skeptical of its design remember, that this is only a concept vehicle to highlight some features that may and may not be coming to the actual production truck that is scheduled to arrive in 2024.

Early prototype mules are already running around the Auburn Hills campus, as we showed you in a post a few weeks ago. The production vehicle will be based on an evolution of the current fifth-generation Ram 1500 (DT) architecture dubbed STLA Frame. It should share the independent rear suspension (IRS) design from the popular Wagoneer/Grand Wagoneer (WS) models and offer a range of up to 500 miles according to what the automaker promised us at its EV Day Presentation in 2021.

The new Ram Revolution Concept BEV will make its official debut a month from today, on Thursday, January 5th, 2023.

Be sure to keep checking in for all of the most recent updates on this all-new electrified pickup here and on our sister site 5thGenRams.com.

Pentastar V6 Is Now Standard On Ram 1500 Longhorn and Limited:

I hope it's truly a stunner.

This won't be the only Stellantis presentation at CES, Free2Move will also have something as well. I'm hoping for some Fiat 500e models to be available in places around the USA. I would like to try before I buy.

December 8, 2022 , Las Vegas - Free2move, the mobility leader driven to empower customers with new ways to access vehicles, has just announced their participation in CES 2023. Dedicated to maximizing the customer experience, the group will share their 2030 vision mobility.

Moving a customer is a great responsibility. Mobility needs are changing fast, making the shared vehicle market one of the hottest in the automobile industry. Free2move is internationally recognized as a premium provider of mobility services for both individual and business customers. And with the recent acquisition of Share Now, the largest free-floating car-sharing provider in Europe, Free2move is now one of the biggest players in the VaaS (vehicle as a service) space, with six million customers worldwide.

As a mobility marketplace, Free2move already offers its B2B and B2C customers seamless vehicle access by the minute, by the day, or by the month, but also drivers booking and parking spaces through a single app. Free2move is also a leader in fleet management and services with a complete offer from fleet purchase to management, exploitation of data, and the complete mobility solution of Free2move marketplace.

The company is anticipating changes in automobile usage while envisioning the mobility needs of tomorrow. It is this strategic approach that has empowered the group to prioritize service while maintaining profitability and sustainability, creating the most flexible and reliable vehicle access solution in the world. This flexibility is made possible by a unique, in house and scalable technology that is ready to embrace the new challenges to come.

Brigitte Courtehoux, CEO Free2move, will be onsite at the Free2move in the Stellantis pavilion, discussing the future of mobility and how the group is supporting the transition to EVs.

I hope it's truly a stunner.

Hope it still looks like a Truck, more Ford direction and less GMs

Last week, it was announced that Stellantis CEO Carlos Tavares would be giving the keynote speech at the Consumer Electronics Show (CES) 2023 in January at the Venetian Palazzo Ballroom in Las Vegas. Among the highlights of his speech, will be the unveiling of not one, but two Stellantis battery-electric vehicle (BEV) concept vehicles. 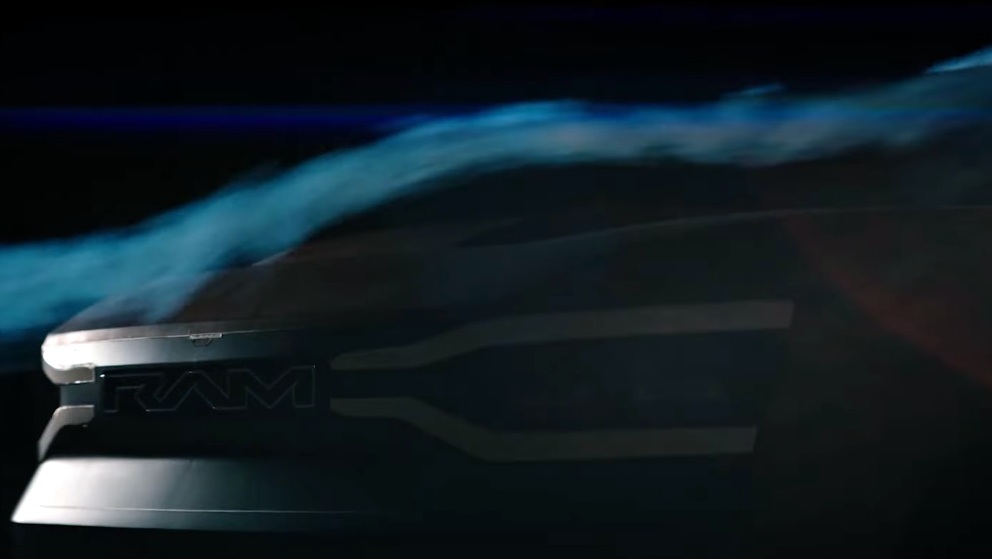 
Last week, it was announced that Stellantis CEO Carlos Tavares would be giving the keynote speech at the Consumer Electronics Show (CES) 2023 in January at the Venetian Palazzo Ballroom in Las Vegas. Among the highlights of his speech, will be the unveiling of not one, but two Stellantis...

I can't believe thry still make clay models. Super excited to see the final outcome. For me it comes down to Cybertruck or RAM Revolution. P.lz make me ask for jy $100 back from Tesla...💯

I can't believe thry still make clay models. Super excited to see the final outcome. For me it comes down to Cybertruck or RAM Revolution. P.lz make me ask for jy $100 back from Tesla...💯

They CNC most of it frist and then had finish it and then scan it back in. Ram has much more experience in making a Truck, it is a safer bet, also you can't load the bed from the side on a Cyber truck which would be a deal killer for me.