Stellantis CEO Carlos Tavares was in the Metro Detroit area on Monday, taking a tour of the recently updated Warren Truck Assembly Plant in the Detroit suburb of Warren, Michigan. Tavares, who is known for his frugal work ethic came to meet with employees and get a firsthand look at the plant after a $1.5 billion investment made prior to the merger of Fiat Chrysler Automobiles (FCA) and Peugeot S.A. (PSA).

The investment involved modernizing the 83-year old plant into a state-of-the-art facility for the production launch of the all-new Jeep® Grand Wagoneer and Wagoneer (WS) luxury SUVs and the continuing production of the successful Ram 1500 Classic (DS).

The $1.5 billion investment included a new 400,000 square foot paint shop, an updated general assembly area with over 754 robots and 3.7 miles of conveyors, a new 19,000 square foot quality assurance center, and a fully enclosed Buzz, Squeaks, and Rattles (BSR) validation course. The updates take Warren Truck from the oldest and out-of-date plants in the FCA portfolio and turned it into one of the most modern automotive facilities in the Detroit area.

During his visit, the Warren Truck team, along with other Stellantis leaders, including Head of Americas (former FCA CEO) Mike Manley and North America COO Mark Stewart, the process improvements they have made to enhance product quality, save the company money, and prepare employees to be successful in a manufacturing environment.

Tavares also addressed the plant employees after his tour, in which he reminded them that Stellantis was created to weather the unpredictable things that will happen in the future.

“And it is fantastic to see what our two families have achieved in six months,” Tavares said. “I can tell you from my previous experiences, this is absolutely outstanding. What is outstanding is the collaborative spirit that we have inside of the company.”

It wasn’t clear if Tavares was talking about the growing global regulations, the semiconductor shortage, the company’s path towards electrification, or the rising gas prices since the beginning of the year.

Warren Truck’s newest configuration will also allow it to produce electrified versions of the Grand Wagoneer and Wagoneer sometime within the next year.

According to our sources, the Ram 1500 Classic will continue production until 2023. It will then be replaced with more than likely the next-generation Dodge Durango which will move to a body-on-frame configuration like the WS twins. There it would be more in line with that of the Chevrolet Tahoe and continue the nameplate’s law enforcement offerings and offer a more affordable option to the WS models.

It would explain why the Dodge Durango (WD) received a minor update on the current platform this past year, instead of being built on the all-new Grand Cherokee (WL) platform. It would also distance the next-generation Durango from the all-new three-row Grand Cherokee L (WL75).

There is also speculation, that the new Ram 1500 battery-electric vehicle (BEV) could also be produced at the Warren Truck facility, which is located only a few miles from the Sterling Heights Assembly Plant (SHAP) in Sterling Heights, Michigan. The SHAP plant has dealt with production limitations since opening and if the R-A-M plans to take on Ford Motor Company in the full-size truck segment, the automaker needs a lot more volume. The Warren Truck plant could help with that issue.

During its 83-year history, the Warren Truck facility has had 14.5 million trucks come off of its assembly line. The introduction of the all-new Grand Wagoneer and Wagoneer marks the first time that non-Dodge SUVs will be produced at the plant.

spotted some of my stuff :D

Did Pepe Le Cheapskate close bathrooms along the way???

spotted some of my stuff :D

Did Pepe Le Cheapskate close bathrooms along the way??? 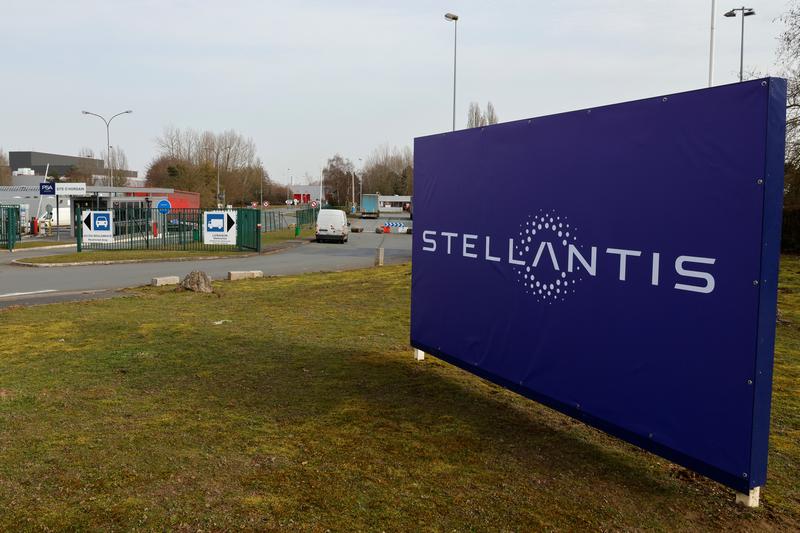 Stellantis' war on costs in Italy begins with the toilets, unions say


Carmaker Stellantis' campaign to reduce costs has led to cuts in cleaning services and the number of toilets available in Italian factories, where production is under scrutiny for costing more than elsewhere, unions said on Tuesday.

Sad thing is, Sergio understood but adding a bit for cost into the cost into the vehicle you satisfy customers with a better product.

Look at the revamp off all the interiors for the 2011 model year. They added $120/per vehicle to its interiors.

It went from this...

Cost savings doesn't do any good. It's a reversal of Sergio's methods and honestly a path in the wrong direction. And personally I feel like Stellantis is about making the board more money than being more of a company delivering exciting products for its customer base.