Maserati will officially unveil its highly-anticipated Grecale SUV, next week. It will mark the first time the premium Italian marque will enter the competitive D-SUV (midsized) segment. Thanks to the watchful eye of an Instagramer named Wilco Blok, we are getting our best look at the all-new Maserati without most of its camouflage for the first time.

This particular vehicle appears to be a “VP” or validation prototype. That means that this vehicle was more than likely produced by the assembly plant with not all of the production-spec parts. However, most vehicles at this point are validating various systems.

While most of the camouflage is absent from the vehicle, we do see some of the decals featuring the same series of messages hinting at the vehicle’s technical specifications as we did a month ago.

Overall, the all-new Grecale’s overall shape looks very familiar to its big brother – the Levante. This Grecale model features a chrome strip that runs between the signature Maserati “boomerang” style tail lamps, very similar to the Levante. There are also four large exhaust tips (two on each side), letting us know that this Maserati has some grunt under the hood.

There is still a lot of debate about which internal combustion engines (ICEs) will be available on the new Grecale. It is our belief that the Grecale will have a standard mild-hybrid (mHEV) of the popular 2.0-liter turbocharged four-cylinder (GME-T4) engine found in the Levante Hybrid. In the Levante Hybrid, the engine produces a whopping 330 horsepower and 332 ft.-lb. (450 Nm) of torque at just 2,250 rpm.

To electrify the engine, a mild-hybrid system consisting of a 48-volt alternator, an additional electric supercharger (e-Booster),  all of which are supported by a battery. The system is very similar to the famed eTorque system found on the Ram 1500 lineup. This allows the mild-hybrid system to exploit kinetic energy the car accumulates when in motion, recovering it and transforming it into electricity during deceleration and braking, and storing it in a battery that has been mounted in the rear of the SUV for better weight distribution.

It has also been said that the Grecale could have a high-performance variant, featuring the new twin-turbocharged 3.0-liter “Nettuno” (Neptune) V6. The engine is named after the God of Fresh Water and features three new engine technologies for the Maserati brand. This technology was thoroughly described in an earlier MoparInsiders article. It uses both direct and port injection, twin-spark plugs, and combustion pre-chamber in addition to the regular chamber. The goal is to raise the power level and improve fuel efficiency.

For those looking for an electrified variant, the Grecale will in fact have a fully-electrified model thanks to its all-new “Folgore” (or Lightning) powertrain. The Folgore equipped vehicles will feature 800-volt technology and a charging capacity of up to 300 kW. Maserati has even said that the Folgore variant will be the “most powerful Maserati ever”. Some sources have stated that the powertrain will be capable of over 650 horsepower (485 kW) and have a 0-62 mph (0-100 km/h) time in the low to the mid-2-second range.

The new Grecale will be produced at the Stellantis Cassino Assembly Plant, alongside the next-generation Ghibli and Levante. It is expected that the plant will produce up to 70,000 units of the Grecale a year. Production should start in June, with the vehicles arriving in dealers beginning in the second half of 2022.

CONFIRMED: Maserati Will Unveil Its New Mid-Engined MC20 Cielo On May 25th!

Maserati “Mission From Mars” Shows How Stellantis Can Customize Vehicles Even Further!

We Are Only A Week Away From The Official Debut...​

Maserati will officially unveil its highly-anticipated Grecale SUV, next week. It will mark the first time the premium Italian marque will enter the competitive D-SUV (midsized) segment. Thanks to the watchful eye of an Instagramer named Wilco Blok, we are getting our best look at the all-new Maserati without most of its camouflage for the first time. 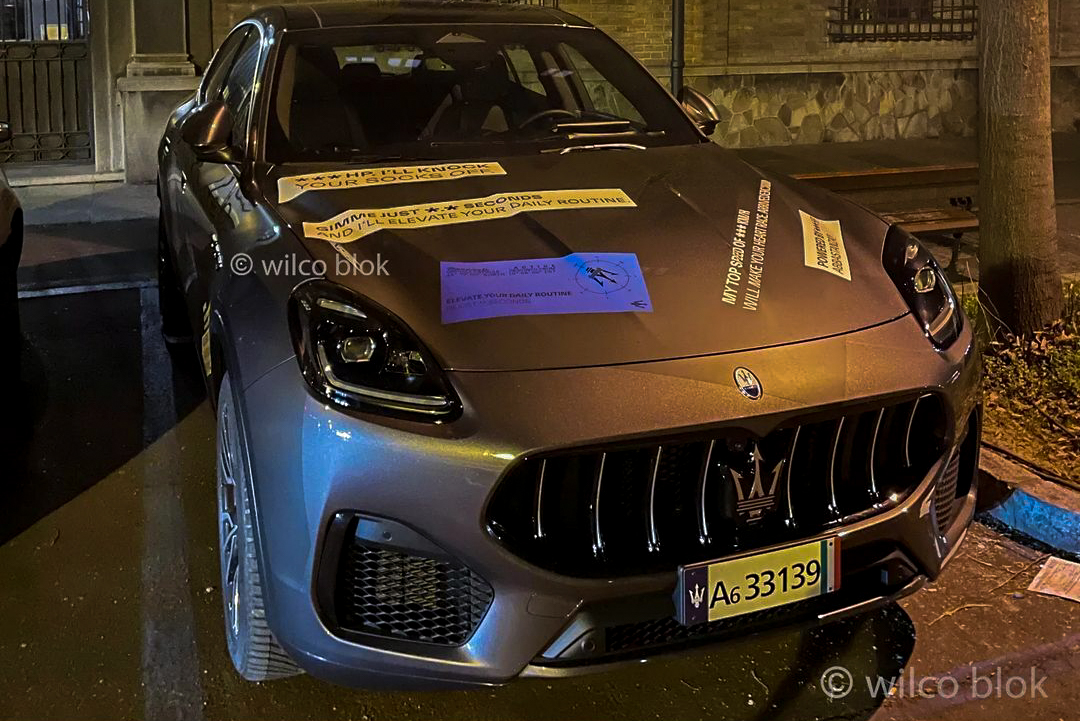 
Maserati will officially unveil its highly-anticipated Grecale SUV, next week. It will mark the first time the premium Italian marque will enter the competitive D-SUV (midsized) segment. Thanks to the watchful eye of an Instagramer named Wilco Blok, we are getting our best look at the all-new...