For the past several years, the automotive press, insiders, fans, and even Walter P. Chrysler’s great-grandson have been left wondering what will happen to the Chrysler brand. The 97-year old automaker has gone from being the blue-collar worker’s luxury brand to a mainstream people mover brand, which has been reduced to just 8 distinct models in 2001 to only 3 today. Made of the award-winning Chrysler Pacifica and Voyager (Grand Caravan in Canada) minivans and the beloved Chrysler 300 Series sedan, the future of the brand has been in question for several years.

Last year, FCA Canada and the Canadian labor union (Unifor) reached an agreement that committed a $1.3 to $1.5 billion investment towards a future Plug-In Hybrid Electric Vehicle (PHEV) or a Battery-Electric Vehicle (BEV) for the Windsor Assembly Plant in Windsor, Ontario, which currently manufacturers the Chrysler minivans. The vehicle was expected to launch in 2023 as a 2024 model, but no additional information was provided at the time.

Immediately, MoparInsiders was quit to call that a Chrysler product was planned for that production slot. The Chrysler brand had released two electrified concept vehicles, one in 2017, the Chrysler Portal Concept received a lot of attention for its purpose to introduce a user-friendly driving experience for Millenials in an urban setting. The vehicle was then highlighted in the Netflix documentary series “Abstract: The Art of Design”, which followed then Head of FCA Design, Ralph Gilles, and his team about their path to bring the vehicle from idea to concept.

The second vehicle we discussed, the Chrysler Airflow Vision Concept was overshadowed at the 2020 Consumer Electronics Show (CES) in Las Vegas, Nevada, by the first appearance of the Jeep® Wrangler Unlimited Rubicon 4xe and North American first appearances of the Renegade and Compass 4xe models.

Showcased as just a shell, the Chrysler Airflow Vision Concept, was a sculptural design concept that envisions the next generation of premium transportation and user experience (UX) by considering how the driver and passengers could interact with advanced technologies. It is created for customers with an on-the-go lifestyle and a desire for a first-class travel experience while balancing their technology needs within a serene environment.

Some of the UX technology showcased in the Airflow Vision Concept is making its way to production now. For example, the new front passenger display in the 2022 Jeep Wagoneer and Grand Wagoneer.

But today wasn’t the only time, Stellantis has teased this vehicle. It was also shown during the Foxconn joint venture announcement, where its in-car technologies were shown about past collaborations between the two identities.

While we aren’t exactly sure if this version of the Airflow Vision is more of a further evolved interpretation of the original shell we seen at CES or more of a design concept aimed at production, it clearly looks like something that is more production-based than conceptual.

We can clearly see that the rear of the vehicle has been updated, with a new C and D-pillar design. The taillight design and the front fascia have evolved since last year, but clearly pull inspiration from the concept vehicle. We also have noticed that while Fiat Chrysler Automobiles (FCA) refused to call the concept, the Chrysler Airflow Vision Concept a Chrysler and equipped it with “Airflow” badging, this version features no Airflow designation, only a new take on the Chrysler wing badge with just its outline.

Nevertheless, we expect the Chrysler brand to develop a new crossover vehicle to fit the changing market and this version of the Airflow Vision fits both the crossover category and the electrified path that Stellantis is taking in the next couple of years. The sneak peek at this vehicle, should put the Chrysler naysayers to rest for the time being.

Stellantis U.S. Employees Show Off Their Passion With “Wild Wheels At Work”:

F1-Inspired Plymouth Prowler Is One Of The Craziest Designs We Have Seen!

Three Special Edition Chrysler 300 Models Are Coming To An End This Month:

So Windsor will build small wide plus this vehicle, which is presumably STLA Medium?

Does anyone else remember the Chrysler corporation concept cars of the 90s?

Yes, most of these concepts were also backed by great ideas and innovative engineering, but none of that wouldn't have mattered if they looked as pedestrian and uninspiring as the competition. Chrysler knew that in the 90s but all the "mergers" aka buyouts have dulled their edge and stifled thier brash Detroit creativity ... Should we even be surprised that Chrysler is almost as forgotten as... well.. Mitsubishi??

As I recall, the very concept of Chrysler has always been simple. They were selling the spirit of "premium economy" (for lack of a better word) before anyone even knew what that was -- namely; style, sophistication and value. But nowadays, Buick is closer to what Chrysler is "supposed" to be. And I think that's the problem at FCA --> Stellantis. They've lost focus of everything Chrysler has stood for and what made their cars stand out from the crowd.

It doesn't matter if the trend is SUV's, hybrids, electric vehicles, connected cars, self-driving cars or other technology. If the car itself doesn't look like anything in particular, why should anyone buy a car that has no sense of identity? This thing just looks like GM styling cues slapped onto a Volvo body... with just enough 'indifference' sprinkled in to suspect the involvement of a French carmaker.

This thing looks nothing like a Phaeton. Nothing like a next generation 300. Nothing like a Newport or New Yorker, First generation Sebring convertible, LHS, and absolutely nothing like a proud, presidential Imperial (rest their soul). Effectively, you could have told me this is a Chinese market car from some obscure automaker and I would have believed it -- and then forgotten about its entire existence in 30 seconds thereafter...

If you haven't picked up on this by now, yes, I really want Chrysler to thrive again. But if *THIS* is the level of "head turning" styling coming out of the Chrysler division, they really are a dead man walking... or should I say rolling? 🤔

Since my uncle and Godfather John Tuccillo bought his brand new 1953 Chrysler and I saw it, my heart has belonged to Chrysler. Love turned to lust in 1955 when I saw my first Chrysler 300 parked on the street in Astoria, Queens, NY. Lust turned to passion in 1957, when I saw the unbelievable Chrysler 300 C.in a parking garage on Walker Street in Manhattan. Some things you never forget. Today I have inshrined my 2006 Chrysler Crossfire roadster as my “forever ride” in my garage, call it Chrysler worship if you please. Yes this article stirs my drink.
On life support, my beloved Chrysler is desperate for new product and believe me I’ll accept anything, anything to keep her alive. My one request, whatever it’s called Portal, better yet Airflow, incorporate 300 in its name. Some things are sacred, even Chrysler 300s.

Since my uncle and Godfather John Tuccillo bought his brand new 1953 Chrysler and I saw it, my heart has belonged to Chrysler. Love turned to lust in 1955 when I saw my first Chrysler 300 parked on the street in Astoria, Queens, NY. Lust turned to passion in 1957, when I saw the unbelievable Chrysler 300 C.in a parking garage on Walker Street in Manhattan. Some things you never forget. Today I have inshrined my 2006 Chrysler Crossfire roadster as my “forever ride” in my garage, call it Chrysler worship if you please. Yes this article stirs my drink.
On life support, my beloved Chrysler is desperate for new product and believe me I’ll accept anything, anything to keep her alive. My one request, whatever it’s called Portal, better yet Airflow, incorporate 300 in its name. Some things are sacred, even Chrysler 300s.

For those young ones, in need of a visual memory. 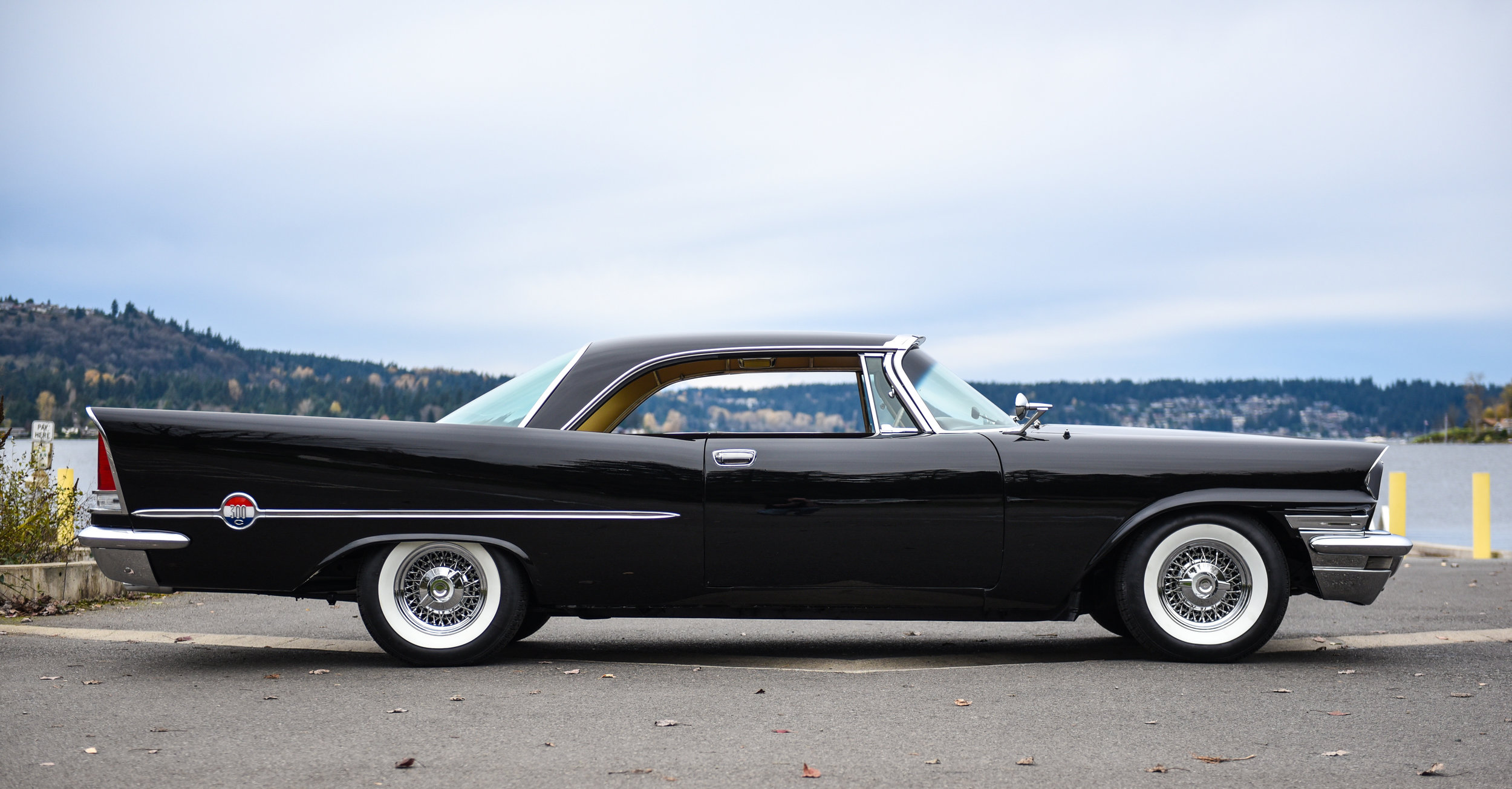 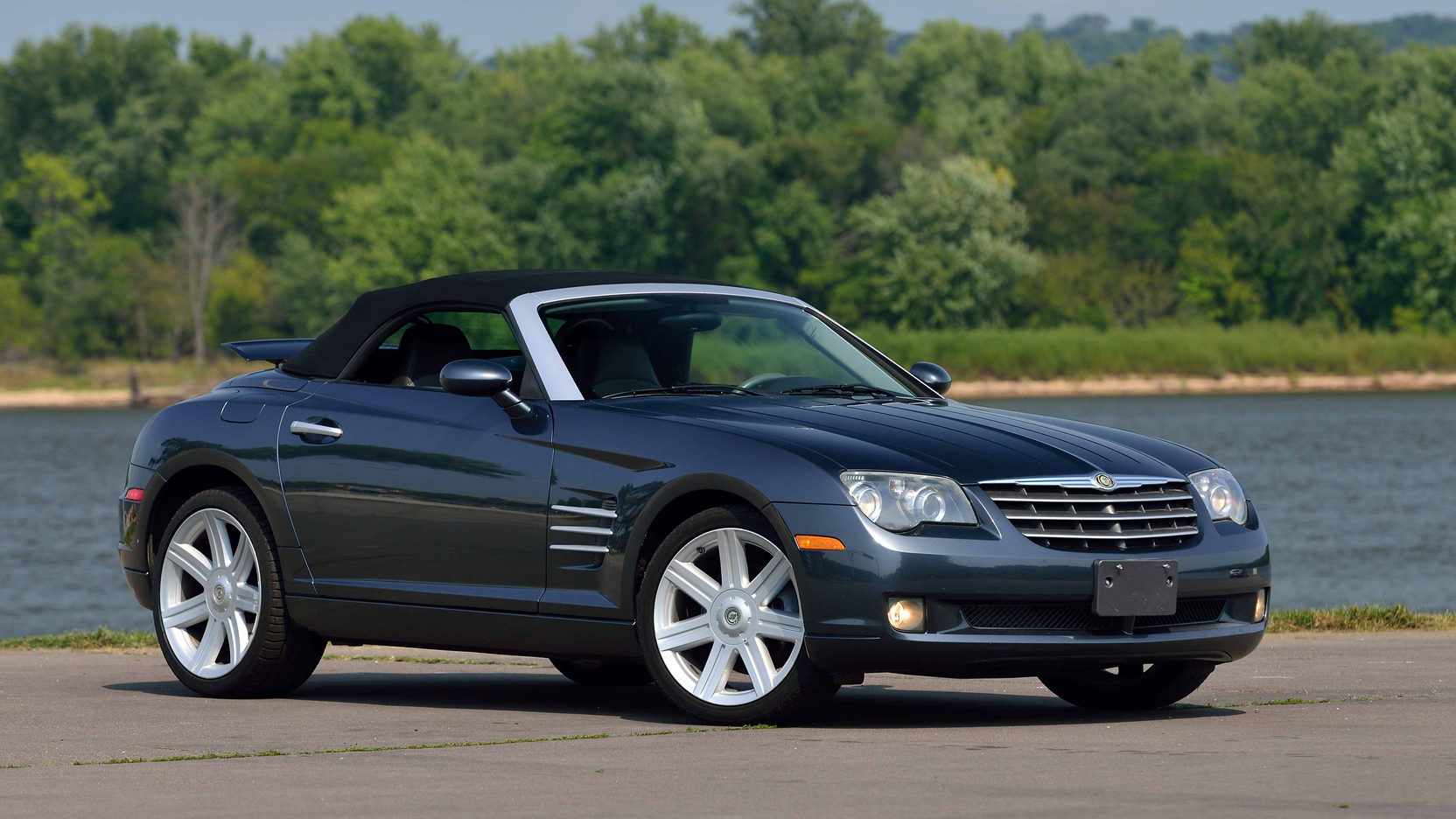 I don't mind the styling, but I'm not interested in a coupe crossover with a useless cargo area.