In July 1940, the U.S. military informed automakers that it was looking for a “light reconnaissance vehicle” to replace the Army’s motorcycle and modified Ford Model-T vehicles. The Army invited 135 manufacturers to bid on production and developed a lengthy specification list for the vehicle, including the following:

At first, Willys-Overland and American Bantam Car Manufacturing Company were the only two companies answering the call. Soon, however, Ford Motor Company entered the picture, and competition began among the three over which company would receive the lucrative government contract. Each company produced prototypes for testing in record time. Bantam’s Chief Engineer, along with a team of Bantam executives, worked out a design, and the company built its field car within 49 days.

Willys-Overland Vice President of Engineering Delmar G. Roos designed the Willys Quad. Ford developed its Model GP (General Purpose), known as the Pygmy, which was powered by an adapted Ford/Ferguson tractor. Each company delivered its prototype to the Army in the summer of 1940 and received approval to build 70 sample vehicles.

The Army took possession of these vehicles in November 1940 at Camp Holabird, Maryland. Each of the three designs exceeded the Army’s specification of 1,300 lbs., but the Army soon realized that limit was far too low and raised it for the next round of vehicles.

The Army issued the next round of contracts in March 1941. Bantam was to produce 1,500 Model 40 BRC vehicles, Ford would build 1,500 modified and improved GP Pygmies and Willys would build 1,500 Quads. Further testing and evaluation led to the Army’s selection of Willys as the primary manufacturer.

Subsequently, most of the Bantams and Ford GPs produced were sent to Great Britain and Russia as part of the lend-lease program. In Great Britain, the Ford vehicle was popularly known as the “Blitz Buggy.”

With modifications and improvements, the Willys Quad became the MA and later the MB. But the Army, and the world, came to know it as the Jeep®.

Some claimed that the name came from the slurring of the letters “GP,” the military abbreviation for “General Purpose.” Others say the vehicle was named for a popular character named “Eugene the Jeep” in the Popeye cartoon strip. Whatever its origin, the name entered the American lexicon.

The Willys MA featured a gearshift on the steering column, low side body cutouts, two circular instrument clusters on the dashboard, and a hand brake on the left side. Willys struggled to reduce the weight to the new Army specification of 2,160 lbs. Items removed in order for the MA to reach that goal were reinstalled on the next-generation MB, resulting in a final weight of approximately just 400 lbs. above the specifications.

On July 15th, 1941, the former Willys-Overland Co. signed a contract with the U.S. War Department to begin production of the first military Jeep vehicle.

Willys-Overland would build more than 368,000 vehicles, and Ford, under license, some 277,000, for the U.S. Army. The rugged, reliable olive-drab vehicle would forever be known for helping win a world war. Willys trademarked the Jeep name after the war and planned to turn the vehicle into an off-road utility vehicle for the farm – the civilian Universal Jeep. One of Willys’ slogans at the time was, “The Sun Never Sets on the Mighty Jeep,” and the company set about making sure the world recognized Willys as the creator of the vehicle.

Today Marks The Official Birthday Of The American Lexicon...​

On July 15th, 1941, the former Willys-Overland Co. signed a contract with the U.S. War Department to begin production of the first military Jeep vehicle. 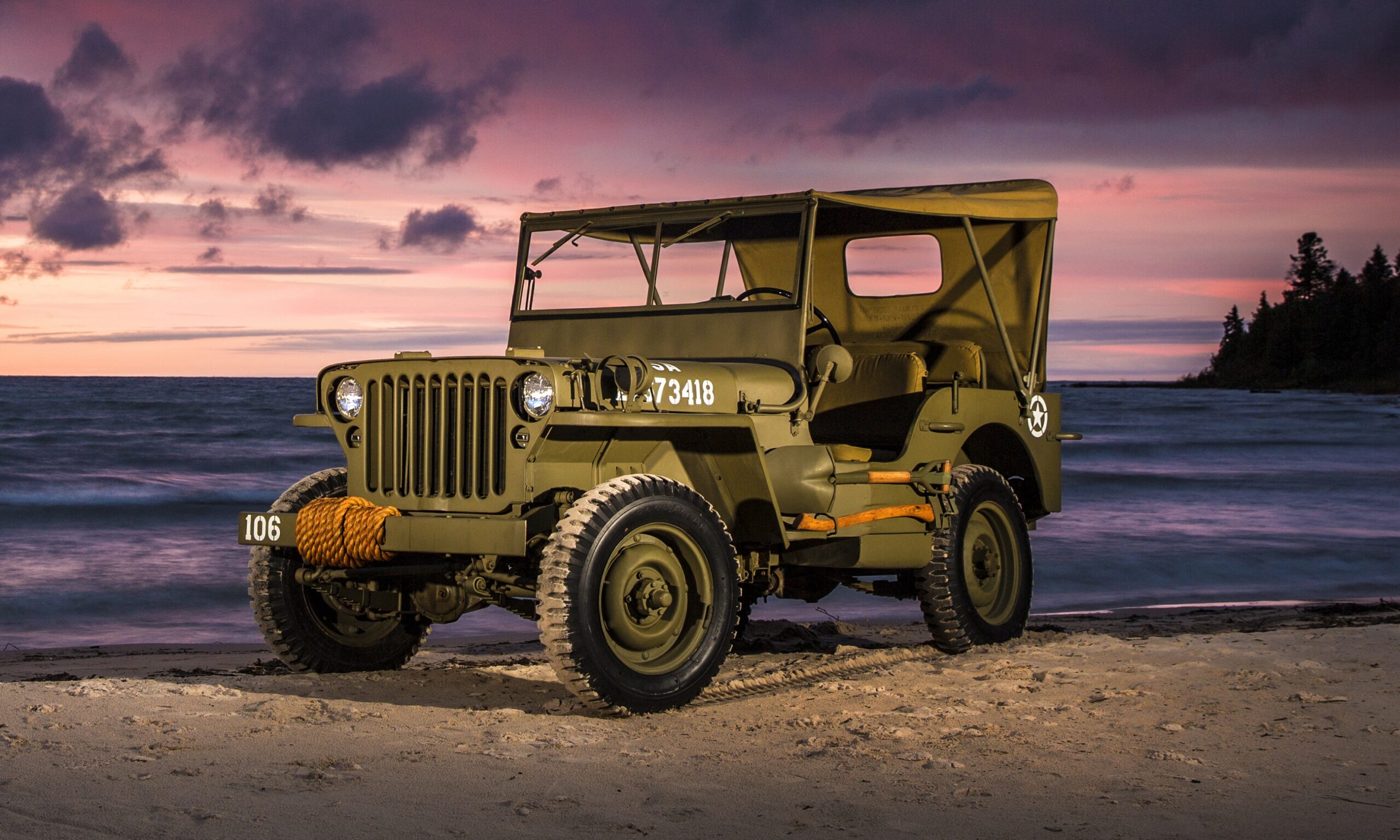 
On July 15th, 1941, the former Willys-Overland Co. signed a contract with the U.S. War Department to begin production of the first military Jeep vehicle. In July 1940, the U.S. military informed automakers that it was looking for a “light reconnaissance vehicle” to replace the Army's motorcycle...