Tony Stewart Racing (TSR) Funny Car driver Matt Hagan qualified his Dodge Power Brokers Charger SRT Hellcat No. 1 and then drove it to an important first final round appearance in the National Hot Rod Association (NHRA) “Countdown to the Championship” at the 37th annual Texas FallNationals at Texas Motorplex, the fourth of six playoff series events.

Hagan earned the top spot on the eliminations ladder and his sixth top qualifier honor of the season with an impressive second pass on Friday under the lights to set the Texas track record with a 3.825-second pass @ 334.85 mph, the second-quickest Funny Car run of the 2022 season. The three-time Funny Car world champion entered the weekend 103 markers behind the category leader Robert Hight but added nine valuable bonus points by registering all four of his runs among the top-three quickest of each session.

Hagan and his Dodge Power Brokers Charger SRT Hellcat headed into eliminations having cut the deficit to 98 points and disposed of No. 16 seed Terry Haddock and No. 8 Tim Wilkerson to advance to a fourth consecutive semifinal appearance in the Countdown and face-off against No. 4 seed Bob Tasca III.

Hagan had the advantage on the launch with a quick 0.015-second reaction time over Tasca’s 0.051-second start, and while both ran identical 3.891-second laps, the Dodge Power Brokers Charger SRT Hellcat recorded a speed of 338.02 mph, the tenth fastest run in class history and the fastest in three years, to turn on the win lights with a 0.04-second margin of victory to advance to the final round of the FallNationals.

For his 78th career final-round appearance and the first of this year’s Countdown, Hagan lined up next to No. 3 qualifier Ron Capps and set his sights on heading to the winner’s circle for the first time since his win at the New England Nationals in June. Both had a chance to make some solid gains and close the points gap with Hight who had a semifinal exit.

After three passes at 3.87, 3.88. and 3.89 seconds, the Dodge Power Brokers Funny Car launched first and recorded a 3.923 sec. @ 331.32 mph run in a good side-by-side battle that saw Capps edge him at the line with a 3.911 sec. @ 327.18 mph lap to take the win by one- thousandths of a second and put the victor within ten points of the championship leader. With the runner-up finish, Hagan remained third in the battle for the Funny Car championship crown but closed the gap to 78 points between himself and the leader with two playoff events left including the points-and-a-half format finale.

TSR Top Fuel pilot Leah Pruett came into the FallNationals representing Rush Truck Centers on her Dodge/SRT dragster and looking to put three consecutive playoff early-round exits in the rearview mirror. Friday night qualifying at the Dallas-area dragstrip provided a bit of drama for Pruett who had a good run going when her ride turned into a fireball at the end of her second pass of the weekend. Despite the setback, she came back strong and qualified in the top half of the eliminations ladder with a solid 3.731-second run @ 304.18 mph to put herself eighth and set up a first-round pairing with No. 9 seed Josh Hart.

Pruett had a stout launch with a 0.047-second reaction time, clocked a 3.888-sec. @ 229.84 mph first-round pass, and was awarded the immediate round win when Hart fouled out on the start. That sent Pruett to her first quarterfinal appearance of the playoffs where she met up with No. 1 qualifier Austin Prock. The Dodge//SRT dragster ran a solid 3.764 sec. @ 275.72 mph lap but it wasn’t quite enough to beat Prock’s 3.737 sec. @ 324.18 mph pass. With the results, Pruett sits 39 points outside of the top ten in the Top Fuel playoff standings and now looks to focus on solid outings in the final two events of the season to finish her team’s inaugural season on a good note.

Notoriously known for his deep staging tactics, Force had the quicker start while Pedregon stayed close with a 3.902 sec. @ 327.70 mph pass to challenge his opponent’s winning 3.925 sec. @ 331.66 mph lap. Despite the first-round exit, Pedregon remains optimistic and happy with the gains his team has made throughout the season and looks to finish the season strong and improve on his current ninth-place position in the Funny Car championship rankings.

The NHRA Nevada Nationals, the penultimate event of the NHRA “Countdown to the Championship” is set to take place Oct. 27th through the 30th at The Strip at Las Vegas Motor Speedway. FS1 will present two qualifying highlights shows on Sunday, Oct. 30th, at 9:30 a.m. ET (Q1) and 12:30 pm (Q2 and Q3) with race day coverage beginning at 5 p.m. ET.

Hagan Goes To First Final Round Appearance In “Countdown to the Championship”!​

Tony Stewart Racing (TSR) Funny Car driver Matt Hagan qualified his Dodge Power Brokers Charger SRT Hellcat No. 1 and then drove it to an important first final round appearance in the National Hot Rod Association (NHRA) “Countdown to the Championship” at the 37th annual Texas FallNationals at Texas Motorplex, the fourth of six playoff series events. 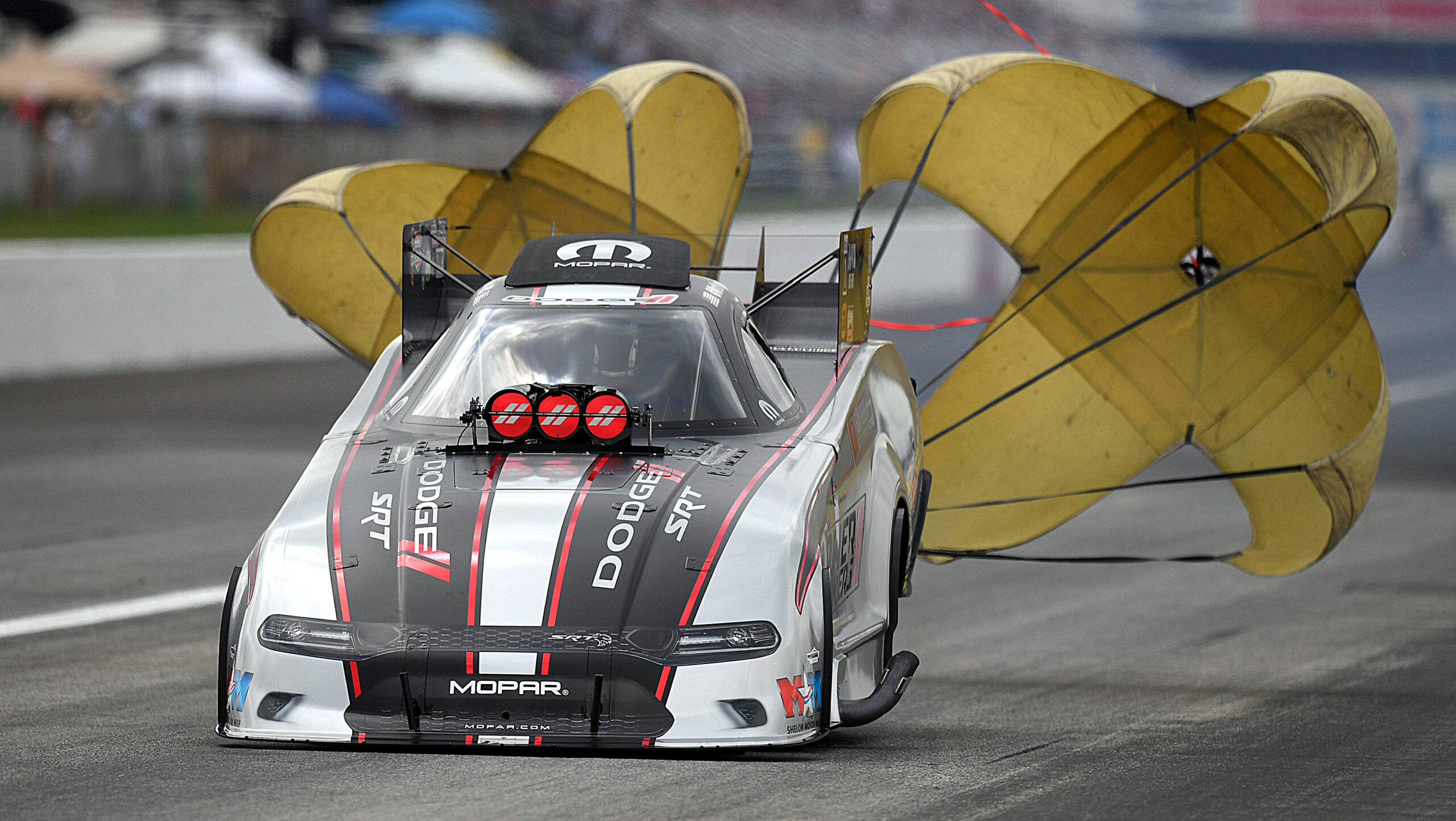 Hagan Goes To First Final Round Appearance In “Countdown to the Championship”!


Tony Stewart Racing (TSR) Funny Car driver Matt Hagan qualified his Dodge Power Brokers Charger SRT Hellcat No. 1 and then drove it to an important first final round appearance in the National Hot Rod Association (NHRA) “Countdown to the Championship” at the 37th annual Texas FallNationals at...