The Jeep® brand recently pulled the covers off of its mid-cycle-action (MCA) for the 2022 Jeep Compass for the Chinese and Indian marketplaces. Back in December, our keen-eyed spy photographers caught a China-spec 2022 Jeep Compass Limited model testing on the streets of Metro Detroit. It provided us with our first real-world look at the updated Compass without its camouflage.

Those same photographers have now caught the China-spec 2022 Jeep Compass Trailhawk, testing on public roads near the Stellantis North America Headquarters. While production of the Chinese-built models has already begun, we are getting the chance to see those production models in the real-world for the first time.

The off-road-ready Trailhawk model features even more black cladding than before. A new black hood graphic featuring an offset red stripe (similar to the hood graphic found on the new Wrangler Rubicon 4xe models), Gloss Black grille surround, and of course there is Jeep’s signature red tow hooks for its “Trail Rated” models. It appears that the Gloss Black two-tone roof exterior scheme will be discontinued in a favor of the body-colored look. The Trailhawk also looks to get a new set of aluminum wheels with a similar design to the Renegade Trailhawk.

The new grille design features a more complex grille texture, as well as a new forward-facing camera for the new 360-degree camera system located in dead-center into the seven-slot grille. We can also see that the new grille design has also adopted the racked waterfall design of the upcoming 2022 Jeep Wagoneer/Grand Wagoneer grille, something that will probably be adopted from the rest of the core Jeep lineup. The Compass Trailhawk grille design is also different than the other Compass models, with the edge of the grille dipping in and out between the seven-slot openings.

Like the recent MCA to the 2021 Dodge Durango, the 2022 Jeep Compass Trailhawk looks to be identical to the 2021 model from the side and the rear of the vehicle.

Of course inside, there is that handsome and ultra-modern interior design that the automotive media have been talking about. We can see the edge of the new floating 10.1-inch Uconnect 5 touchscreen in the fully camouflaged North American-spec model that was following this China-spec tester. If you look closely enough you can see it peeking over the dash. Wearing the “MP” designation on the decal on the windshield indicating that it’s a North American-spec model, we see that the camouflaged model also has a similar wheel design as the Chinese model.

Under the hood, the updated Compass adapts the Renegade’s 1.3-liter turbocharged four-cylinder with Engine Start/Stop (ESS) technology. The turbocharged 1.3-liter engine delivers a robust 177 horsepower and 210 lb.-ft. of torque. While it might not be a huge boost in power than the current 2.4-liter “Tigershark” inline-four, the new powertrain features a lot more pep than the outgoing powertrain, something that North American customers have been complaining about since the launch of the current Compass in 2017.

North Americans can expect the updated Compass to start production in Toluca, Mexico in April. So what do you think of the 2022 Jeep Compass refresh? Let us know in the MoparInsiders.com forums.

The Jeep Commander Returns For China-Market Only:

The Jeep® brand recently pulled the covers off of its mid-cycle-action (MCA) for the 2022 Jeep Compass for the Chinese and Indian marketplaces. Back in December, our keen-eyed spy photographers caught a China-spec 2022 Jeep Compass Limited model testing on the streets of Metro Detroit. It provided us with our first real-world look at the … (read full article...) 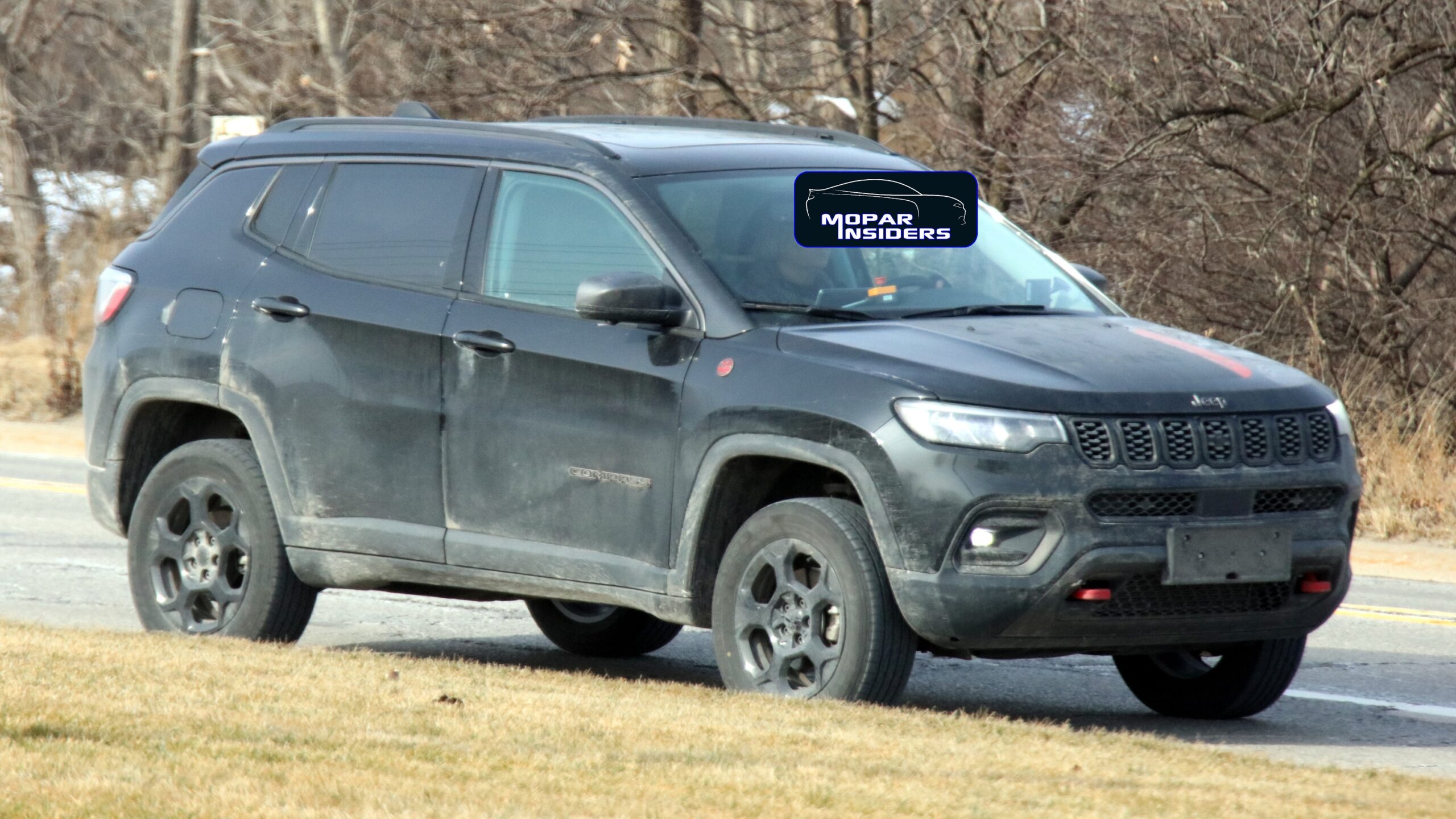 
The Jeep® brand recently pulled the covers off of its mid-cycle-action (MCA) for the 2022 Jeep Compass for the Chinese and Indian marketplaces. Back in December, our keen-eyed spy photographers caught a China-spec 2022 Jeep Compass Limited model testing on the streets of Metro Detroit. It...