In 2021, work began on a collaboration between Alfa Romeo and Italian coachbuilder Zagato to celebrate the 100-year anniversary between the two Milanese companies. The idea was to celebrate the current Alfa Romeo Giulia, its twin-turbocharged powerplant, and a one-off, custom two-door coupé Zagato body made of carbon fiber on a shortened wheelbase.

The project immediately was met with the interest of a German customer, selected from among Zagato collectors, with many Alfa Romeos in his garage including, a rare 8C Competizione. As a fan of GranTurismo Zagato models, he regularly drives a 1990 Alfa Romeo S.Z. but also owns several Aston Martin Zagatos.

Starting with the high-performance Alfa Romeo Giulia Quadrifoglio as its base, the Zagato team shortened the award-winning Giorgio architecture to allow for a true coupé design. Next, the team worked on the twin-turbocharged 2.9-liter V6 powerplant. Originally producing 510 horsepower in its European-spec, the engine was upgraded with many of the internals found on the high-performance GTAm limited edition. Technical specifications were not released, but we think it’s safe to say that car produces north of 525 horsepower.

To help send power to its rear wheels, the standard ZF-sourced 8-speed automatic transmission was dropped in favor of a 6-speed manual gearbox. There is no doubt, that Zagato wanted to make this Alfa a true driver’s car.

As for the vehicle’s design, Zagato pulled inspiration from not only the 1990 Alfa Romeo SZ but also looked at the ‘TZ’ theme from the TZ3 Corsa with the famed 8C engine and TZ3 Stradale which itself was developed upon the Dodge Viper SRT-10 architecture. Both the SZ and TZ design languages address Zagato’s concept of GranTurismo.

Inside, the Giulia SWB Zagato retains much of the interior of the standard car. You will see the same instrument panel, touchscreen, center console, and steering wheel. The interior features Green accents and several model-specific carbon fiber trim pieces to help tie itself to the Montreal Green and carbon fiber-colored exterior. Unlike the sedan, the SWB Zagato only features a driver and passenger seat, for a true coupé experience.

“The result is a car that fits perfectly into the historical path of the two marques where the first objective was and is to combine beauty with performance. Alfa Romeo ‘SZ’, an acronym that evokes emotions, roots its origins in the deep history of coachbuilding, that of cars made with the sartorial care of those who dress a mechanically in a special way according to the thought, the culture of those ateliers that, like Zagato, in this case, have interpreted the “biscione” brand,” commented Alejandro Mesonero, Alfa Romeo Design Vice President. “As Centro Stile, we are happy to have supported Zagato by contributing to the design of this car, which with
this ‘one-off’ has chosen to celebrate its historic bond with Alfa Romeo.”

Before There Was The Grand Cherokee Trackhawk, There Was…

A Dodge Charger Pickup, You Can Build Yourself?

It's been revealed and it's a stunner through and through. 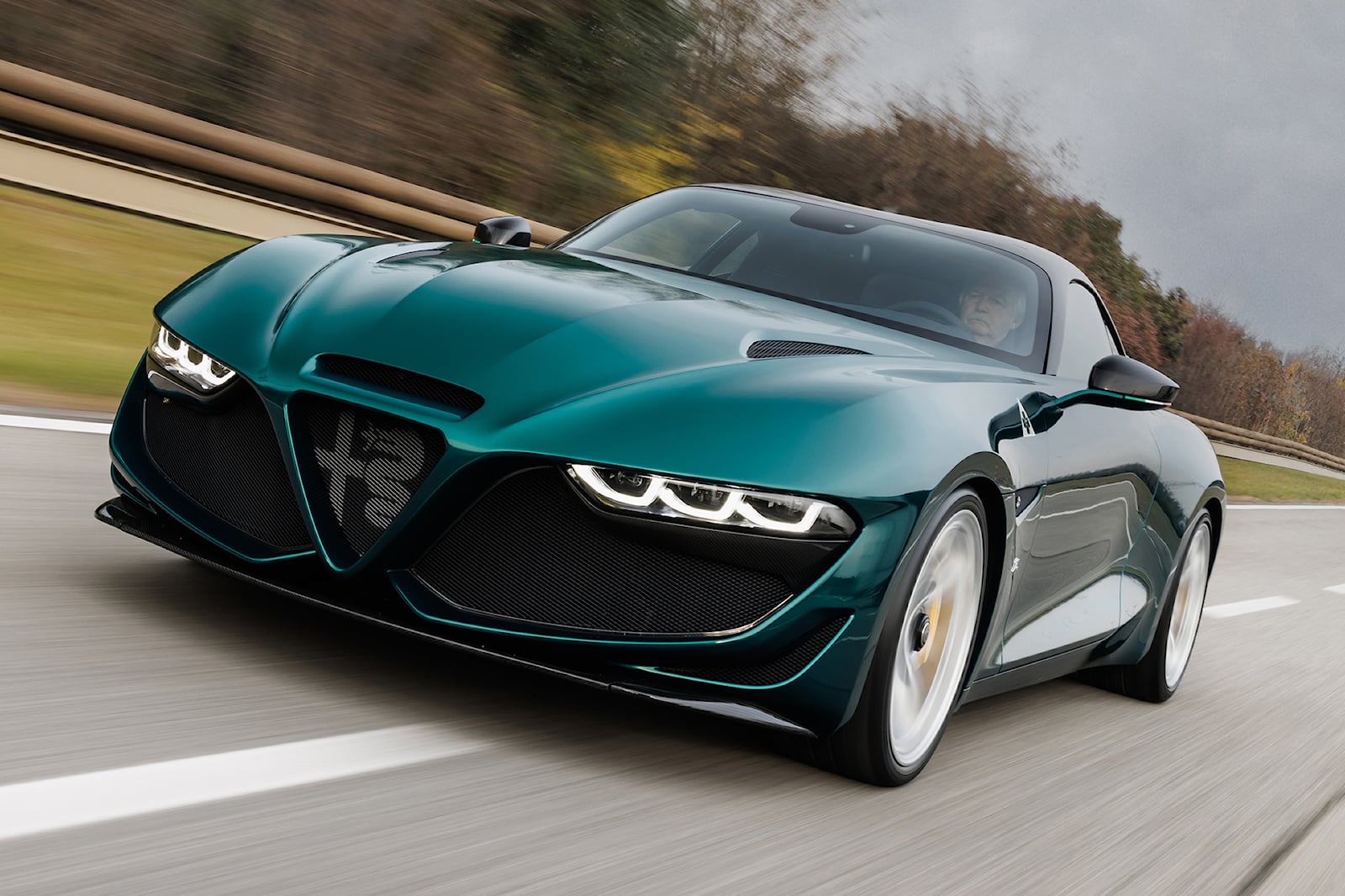 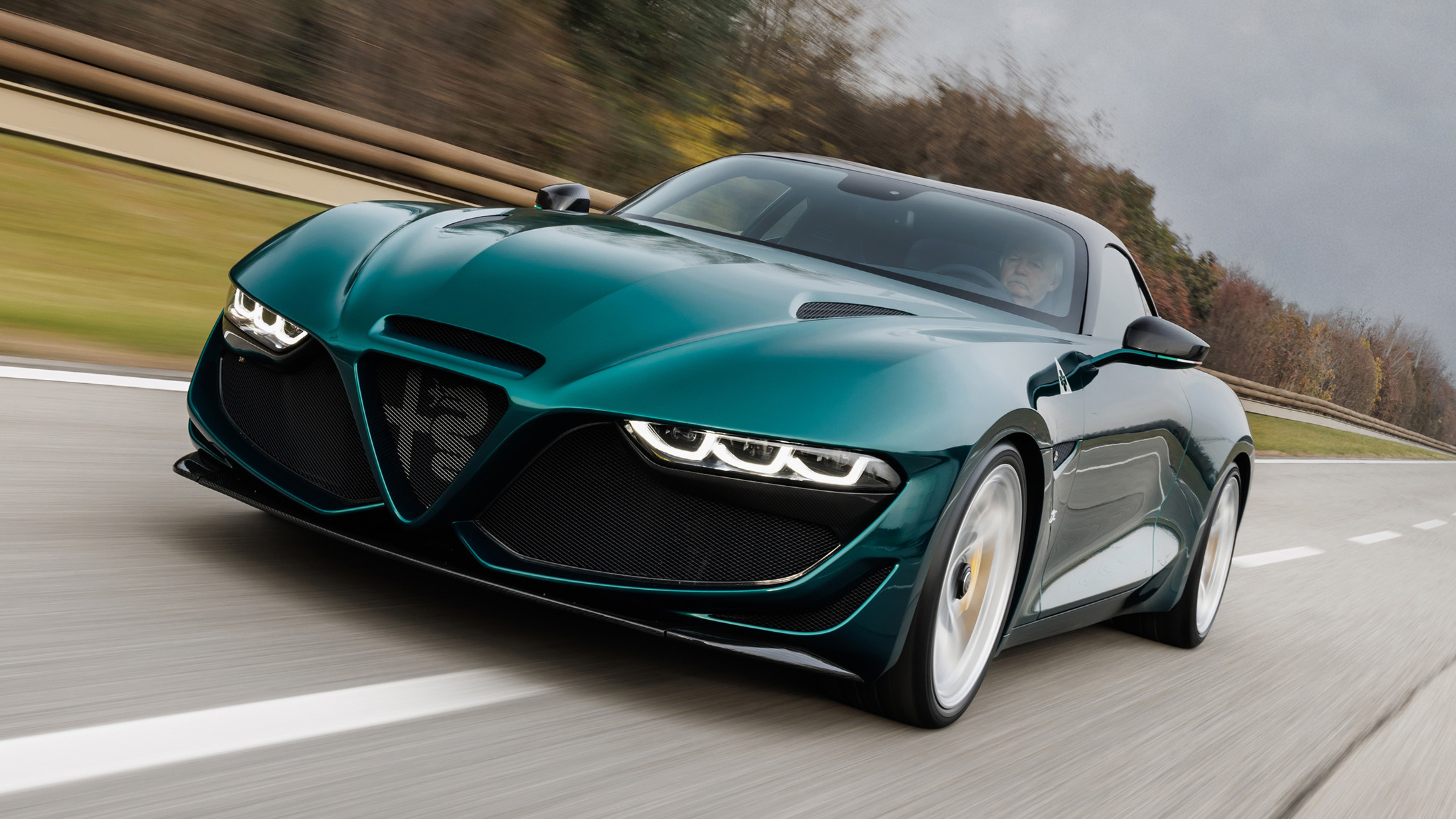 
In 2021, work began on a collaboration between Alfa Romeo and Italian coachbuilder Zagato to celebrate the 100-year anniversary between the two Milanese companies. The idea was to celebrate the current Alfa Romeo Giulia, its twin-turbocharged powerplant, and a one-off, custom two-door coupé...

There are few among us who would deny that AR desperately needs something like this concept in production as soon as possible to spearhead the relaunch of the brand. A sports coupe with distinct styling, that creates the type of buzz missing from a brand that, if linked to Dodge as in the Hornet, can effectively add the nasty attitude and a sound business case for development cost sharing both brands need to thrive. Clever differentiation, utilization of brand unique powertrains or different variations and very strong brand styling on the surface makes complete sense and does not diminish or devalue either in the process. I would champion the architecture of the up coming Challenger underpinning a AR coupe designed with all these concept cues using Alfa Romeo power that simultaneously gives Dodge the supporting platform assets to create a Challenger that few would claim lacks the American performance pieces and engineering touches to win American hearts and minds and buyers too. The Hornet is the test case for this type of plan and this sensational concept could be the cross continent super coupe that produces a marriage, if not made in heaven, can certainly be made in America and Italy that produces true marital bliss with two doors.