Back in April, we gave you a sneak peek at the latest collaboration between LEGO and the Dodge//SRT brand, with its new LEGO Speed Champions Mopar Dodge//SRT Top Fuel Dragster and 1970 Dodge Challenger T/A building set. The new set builds on the excitement of the LEGO Speed Champions 2018 Dodge Challenger SRT Demon and the 1970 Dodge Charger R/T set that was released in January 2019.

“Owning, or aspiring to own, a Dodge muscle car is as much about the lifestyle of joining the Brotherhood of Muscle as it is about the vehicle purchase,” said Tim Kuniskis, Dodge//SRT Brand CEO. “As a result, our brand enthusiasts are passionate about all things Dodge, including the latest cool collectibles. So, following the success of the Dodge 2018 LEGO Speed Champion building set, fans will now be able to build and show off not only the first-ever 8-inch-wide (8W) muscle car but also the first-ever Plum Crazy 1970 Dodge Challenger T/A, along with an incredibly detailed 13½-long Top Fuel Dragster.”

“In 2021, we are extremely excited to reteam with Dodge and expand the Speed Champions 8W Vehicle Collection even further by including new vehicle types and building experiences, for the first time, that appeal to vehicle fans of all ages,” said Christopher Stamp, LEGO Design Lead.

So what does the set include?

We can’t wait to order ours for our Mopar collection. The set will match up perfectly with our LEGO Speed Champions 2018 Dodge Challenger SRT Demon and the 1970 Dodge Charger R/T set that included a drag racing Christmas Light.

Let us know what you think about the latest Mopar/LEGO collaboration in the comments below or in the MoparInsiders.com forums.

What We Know About The Next Generation Dodge Charger: 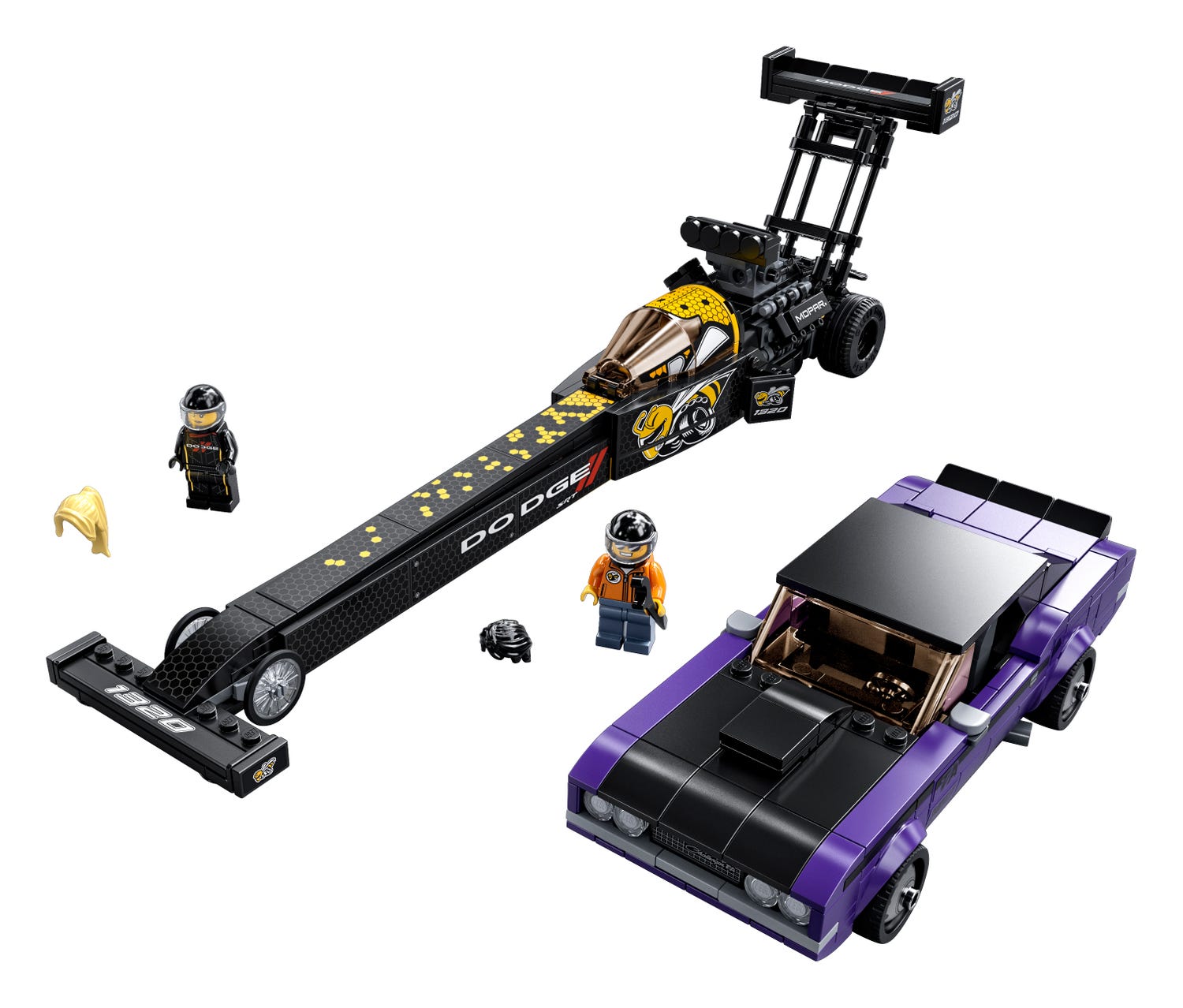